Welcome visitor you can login or create an account.

The age of technology is here, and with it comes a plethora of new devices and services for the public to enjoy. You’ll be hard pressed to find a more developed and actively used product than those produced under the name Google. With over a billion active users a month, few other companies compare to its user quality and accessibility. 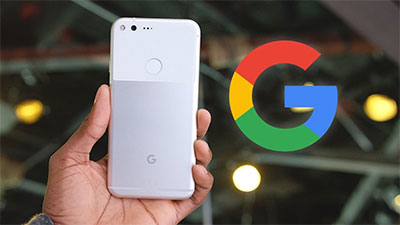 Google is more than a Web search company. Its mission to solve human problems with technology is quite broad, but the sheer number of products and services currently provided or in development make their chances of accomplishing any task possible.

Google Pixel is a line of consumer electronic devices from Google that runs either the Chrome OS or Android operating system. The Pixel brand was introduced in February 2013 with the first-generation Chromebook Pixel. The Pixel line includes various generations of laptops and smartphones, as well as the discontinued Pixel C tablet.

At the forefront of this series are the smartphones. Google announced the first-generation Pixel smartphones, the Pixel, and the Pixel XL, on October 4, 2016, and has only improved the technology in its following adaptions in the Pixel 2 and Pixel 2 XL. Mainly boasted for its relatively unparalleled smartphone camera, scoring 90 points out of 100 on DxOMarkMobile, its software optimizations in other areas cater to all your business and casual needs. Though other smartphone brands are more notorious in the market, it's important to do research before committing to a device to ensure you get the best fit for your needs.

Why the Google Pixel phone can compete with the competition:

A new 64GB Pixel 2 is $350 or $500 cheaper than a 64GB iPhone X. Don’t break the budget for a brand name or just because everyone else has it. The Google Pixel proves you can get quality without the money hustle.

For seasoned iPhone owners, older versions of Android had a reputation of being chaotic and less secure. But that has changed with Android Oreo. It runs just as well on the Pixel 2 as iOS 11 does on the iPhone X. This android system also includes Android Pay and Google Assistant, with Apple Music services still available as well. The possible switch from IOS to Android requires a small learning curve, but the stability and feature set of Android Oreo will leave you impressed.

Blurry picture no more. Its AMOLED screen has a sharp 1440p-2880p screen (depending on if you get the Pixel 1 or 2) which ensures crisp quality for everyday use.

The 12.3MP rear camera on the Google Pixel is another big talking point for the search giant, which holds the title of the highest-rated camera ever on DxO – an industry standard for camera and lens image quality measurements and ratings. with laser-assisted autofocus and optical and electronic image stabilization accessories to ensure a defined picture.

The Google Pixel and Pixel 2 have a 2770mAh and 3450mAh batteries respectively, ensuring that your phone lasts at the very least an entire day of use with no problems. Inside the Google Pixel are power saving capacitors and switches including the analog switch TLV707285PDQNR, which helps slow down the microprocessor with no fault to its functionality. This means you can watch more of your favorite videos not at the expense of your battery life and displays power management at its best.

The Snapdragon 821 at the heart of the Pixel is an incredibly fast processor that won’t run into any trouble with any app or game you throw at it. That comes along with 4GB of RAM and either 32 or 128GB of internal storage.

Today’s competitive environment creates a constant need for higher performance. The main drivers of phone type purchases are battery life, ease of use, and operating system. With it’s ever-advancing Android technology, comparatively larger battery life, and marginal processor differences during use, the Google Pixel is a product that consumers can get behind with no regrets.

USBid, Inc. sells PC Board level electronic components to thousands of customers worldwide. Our part directory contains SKUs of inventory from OEMs and Distributors around the globe, providing the resources to meet all your sourcing needs.